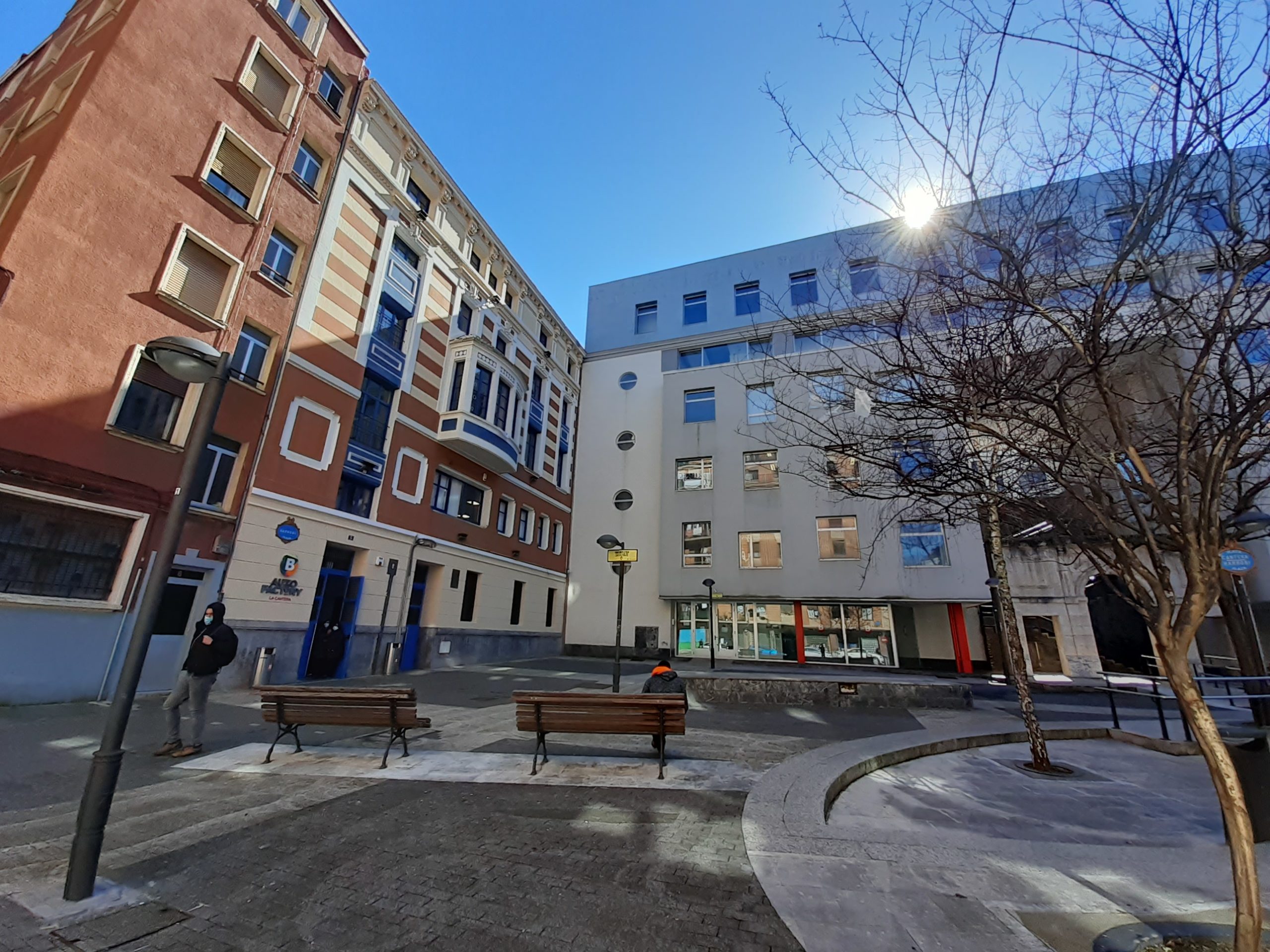 A space, a meeting point, a platform to promote the Social and Solidarity Economy arising from public-social collaboration.

The Social and Solidarity Economy Hub is a space of reference and impulse for the social and solidarity economy in the Basque Country. Located in Plaza de La Cantera, in the San Francisco neighbourhood, it is promoted as a transforming economy applicable transversally to any sector through factors related to local human development, cohesion and social justice, care for the environment or the ecological use of resources.

Currently, it already has some services, projects and activities of entities that have been incorporated into its operation, such as the Auzo Factory business incubator, the Wikitoki collaborative practices laboratory, and more than 10 entities of the ecosystem.

The Ekonopolo is a platform to promote the SSE and other economies with similar values, objectives and/or ways of proceeding. A cooperative ecosystem where, in an open and articulated way, reference networks, singular organisations, public administrations, companies, social agents, entrepreneurs, unemployed people, neighbours and/or students can meet, (re)know each other and relate to each other, searching for new horizons for the SSE in a shared way.

The aim is to develop specific plans, programmes and actions in Bilbao and the region that contribute significantly to the growth and consolidation of the SSE, increasing the number, diversity, turnover and impact, in areas such as:

It is the main instrument of the Bilbao City Council to support the strengthening of the social and solidarity economy in the city and in our region. Its mission is to promote and reinforce this model of transformative economy as a preferential option for economic-business development in Bilbao and the territory, built from the collaboration between the administration, universities, companies and civil society, the City Council of Bilbao-Bilbao Ekintza, Reas and SSE Networks:

Visibilisation of the SSE and its agents among citizens in order to promote their knowledge and modification of healthier, more sustainable and responsible living, working and consumption behaviours.

This website uses cookies to improve your experience while you navigate through the website. Out of these, the cookies that are categorized as necessary are stored on your browser as they are essential for the working of basic functionalities of the website. We also use third-party cookies that help us analyze and understand how you use this website. These cookies will be stored in your browser only with your consent. You also have the option to opt-out of these cookies. But opting out of some of these cookies may affect your browsing experience.
Functional

Performance cookies are used to understand and analyse key performance metrics of the website, which helps to provide a better user experience for visitors.

Analytical cookies are used to understand how visitors interact with the website. These cookies help provide information on metrics the number of visitors, bounce rate, traffic source, etc.

Advertisement cookies are used to provide visitors with relevant ads and marketing campaigns. These cookies track visitors across websites and collect information to provide customized ads.

Other non-categorised cookies are those that are being analysed and have not yet been classified into a category.